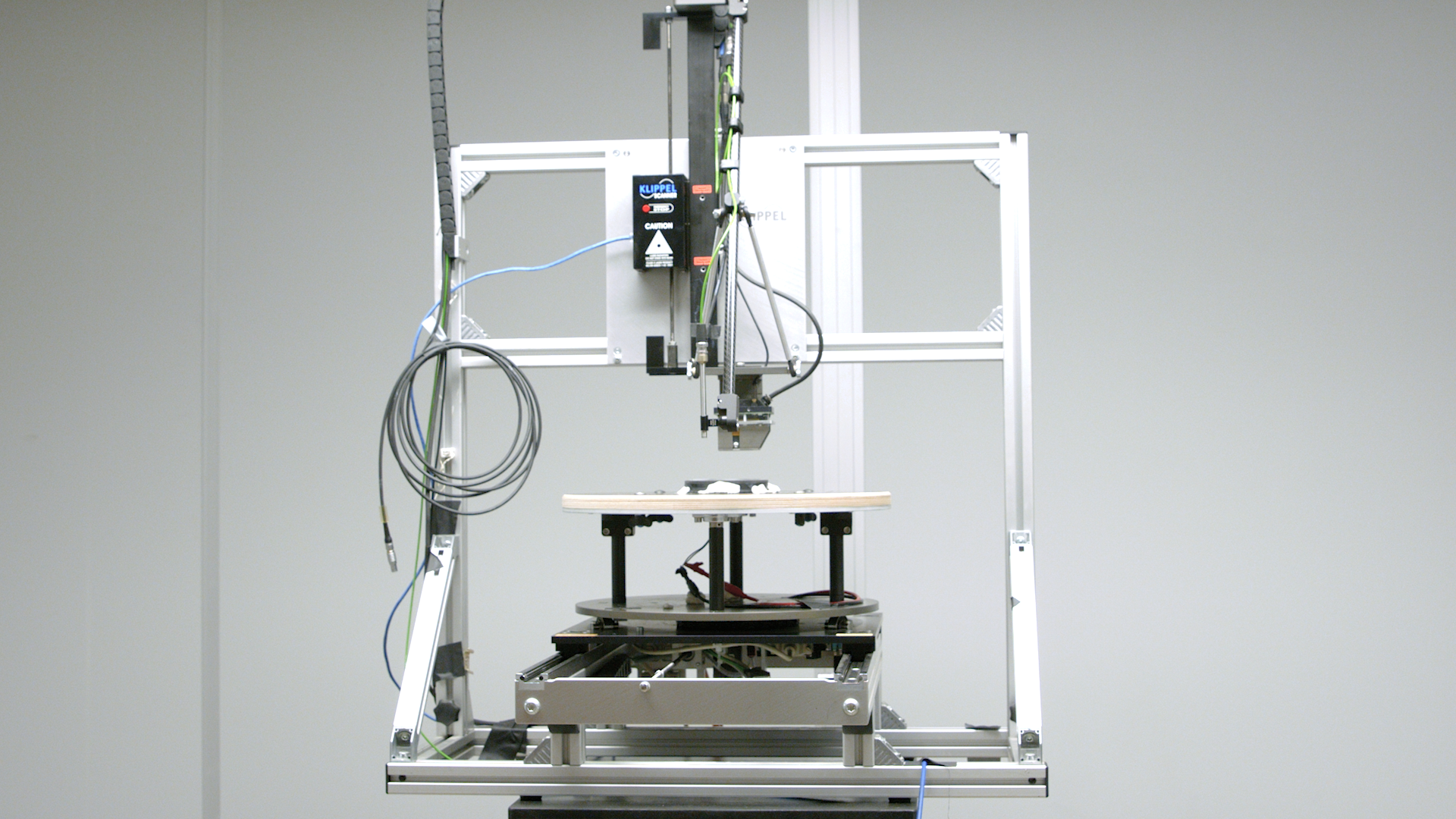 Testing 1, 2, 3 - The History of Speaker Testing and Best Practices

The basic design of a loudspeaker has not changed much over the past century (it’s still a voice coil in a magnetic field connected to a speaker cone). However, the materials used have improved and the science around design has gotten significantly better as well. Some of the greatest advancements though, have been in our ability to test speakers and make design adjustments accordingly.

Today, tools like Klippel analyzers, which use robotics and powerful software, allow engineers the ability to analyze thousands of points around a speaker in a matter of hours. Having access to this kind of data means you can be assured that your custom built speakers will perform the way you want them to in the environment that they will operate in.

Origins of Acoustical Testing for Speakers

To appreciate what a good loudspeaker manufacturer can accomplish today with design and testing, it helps to know how speakers were assessed in the past. It really began in the 1930s with the use of anechoic chambers – special, super quiet rooms covered with absorptive foam cones to deaden acoustical reflections so that those reflections from the walls, and exterior noise, don’t muddle test results. 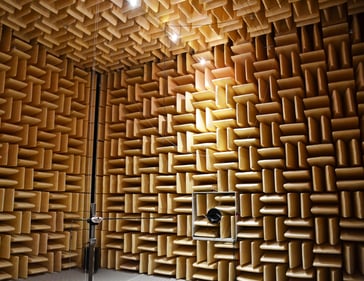 In the early days, a heterodyne oscillator was used to create a slow swept sine wave signal to test speakers in anechoic chambers. The test results were often recorded directly to paper on a strip chart recorder.

The rising popularity of home hi-fi systems and more refined speaker systems in the 1950s increased interest in testing multiple points around an audio source to understand how a system would project into a given space, like your living room. Doing this in an anechoic chamber took a lot of time because it required cantilevering a speaker, rotating it on its axis, and resetting the measurement for each data point as it was manually turned. That took great precision, a lot of gear, and results were prone to human error.

New measuring techniques that used time delay spectroscopy and Fourier analysis (special math formulas allowing the fast calculation of waveforms) came about in the late 1960s. This allowed engineers the ability to predict the radiation pattern of a speaker system and, along with new reflection/time windowing techniques, decreased some reliance on anechoic chambers (which are really expensive to build).

The advent of accessible computer power in the 1980’s allowed speaker engineers the ability to decrease measurement times and increase accuracy. This also resulted in new measurement programs and techniques, and was a big step forward.

Eventually industry standards were developed which required a full description of the speakers’ radiated sound field and in 360° which required many hours of anechoic chamber work, sometimes taking weeks. This is still hard to do manually and requires a very big chamber in order to accurately capture the lowest frequencies the speaker system can produce. As the standards have evolved, full bandwidth frequency data and higher orders of spatial resolution have now become the norm. Still, the anechoic chamber remains a critical and expensive element to obtain these measurements.

Klippel Takes it to the Next Level

Enter the Klippel Near Field Scanner (NFS), a speaker measurement system that has revolutionized the art of loudspeaker analysis, just as much as the computer did decades earlier. The Klippel NFS removes the need for an expensive anechoic chamber by measuring the speaker system's attributes using holographic modeling of the sound pressure wavefront in the near field, to accurately determine the radiated sound pressure at any point in the far field and in 360°.

The NFS operates in a “normal” room and doesn’t require an anechoic chamber. And, with just a few minutes of programming, it operates autonomously. Once the measurement is complete, the NFS delivers thousands of measurement points around a speaker system. By removing many tedious measurement steps, which may have taken weeks previously, modern speaker engineers can analyze results and work to refine the design in just hours.

Klippel testing can also be performed in a vacuum chamber, which is very helpful when measuring small transducers such as micro-speakers and microphones.

Warkwyn (the testing and measurement division of MISCO) has the best-equipped independent Klippel analysis lab in North America. It is also the North American distributor for the German-made testing tools and offers support for Klippel’s software as well.

When selecting a loudspeaker manufacturer ask about their testing equipment. This is the only way to make sure your speakers will work the way you need them to when they’re finished and delivered.

As a comparison checklist, here are the other tests MISCO is capable of providing to customers:

The ability to test a speaker’s performance has increased steadily over the past century, making big leaps when new technologies are introduced. MISCO has kept pace with these changes and remains committed to advancing the future of transducer engineering. While this topic can be complex and can get very technical, we’d be happy to discuss what level of testing your audio project requires, and break it down into the important topics relevant to your needs.

When designing a loudspeaker, a lot of time and energy goes into making sure that you get the exact...
Read More

Why Factory Acceptance Testing Is Critical for New Speakers

A loudspeaker’s design might be perfect but thorough and objective 100% end of production line...
Read More