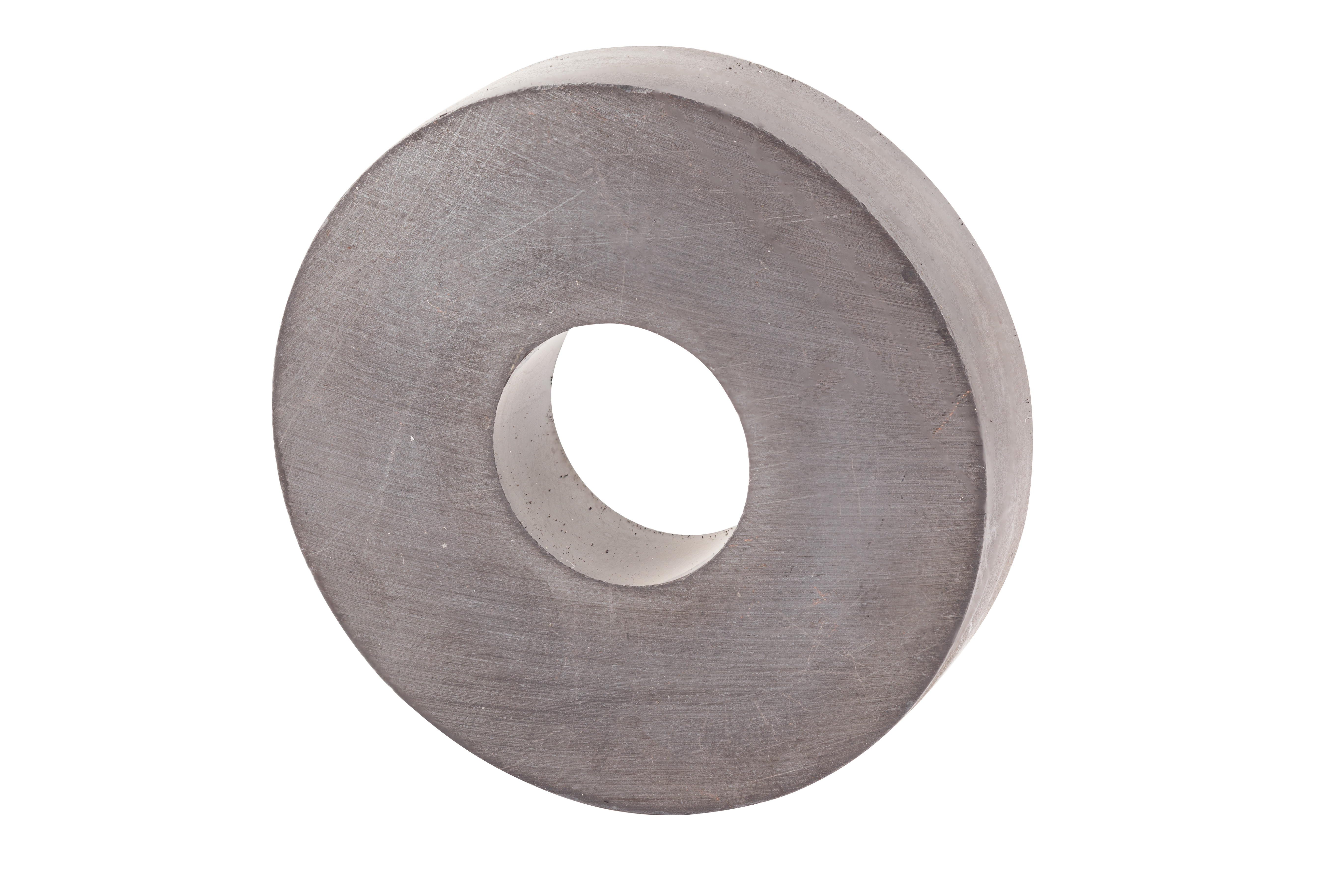 In the heart of a loudspeaker sits a magnet. It’s a permanent magnet - meaning it has a fixed polarity - that interacts with the electromagnet created in the speaker’s voice coil. Magnets with opposite polarities attract. Magnets with the same polarities repel. The polarity of the voice coil alternates back and forth with the alternating current electricity feeding into it. The attraction and repulsion of the voice coil to the permanent magnet is what creates the motion of the loudspeaker and the sound-waves that come out of it.

Selecting the right material for a speaker’s magnet and other internal components is a critical part of the design process for a loudspeaker. When it comes to magnets, the biggest things to consider are its strength, size, and cost. The three most common materials used for a speaker magnet are ferrite, neodymium, and alnico.

Most loudspeakers, especially larger ones, have magnets made from ferrite. This low-costing material is derived from iron oxides. Ferrite magnets have relatively low magnetic properties so they have to be relatively large in a loudspeaker. Ferrite magnets are cost-effective and resist corrosion, making them a good choice for outdoor audio systems. Since ferrite magnets have to be bigger and heavier, if lightweight or small size is important in a speaker there is a better material to pick for the magnet.

Neodymium is a rare earth metal that gets combined with a little iron and boron to create higher-end speaker magnets. Neodymium has a very strong magnetic pull. A neodymium magnet could be just as strong as a ferrite magnet that is ten times larger. However, because of the high demand and limited supply, the neodymium magnet will also cost about ten times as much. The choice between neodymium and ferrite magnets often comes down to size and cost targets.

There are other considerations to consider. Neodymium can rust, so it must be coated or covered to protect it. It’s brittle and susceptible to demagnetization when exposed to high temperatures, which can be an issue inside many products needing speakers.  Lower grades of neodymium material when exposed to temperatures above 176 degrees Fahrenheit (80 degrees Celsius) can become permanently demagnetized. Higher grades (and much more expensive) and maintain magnetization at as high as 230 degrees C.

Alnico magnets were the primary magnets used in speakers all the way up until the 1970s. They are much less popular today. Alnico is an alloy of aluminum, nickel, and cobalt. In the late 1970s, the price of cobalt went up 500% for a short time (before coming back down significantly). It remains scarce and the price of alnico magnets is rather high. This has nudged people towards alternative options. However, alnico magnets are sometimes preferred in guitar speakers because musicians like the warmer sound as compared to a ferrite magnet.

So there you have it, the three basic magnet choices. To recap, ferrite is the cheapest and most commonly used magnet today. Keep in mind that it’s also the heaviest, which can impact a speaker’s performance and overall weight. Neodymium, a rare earth metal, is more expensive than its ferrite brother, but since less of it is needed, the speaker will be lighter. The third magnet material, alnico, has been used in loudspeakers for decades, but it is most often used in guitar speakers today. If you want to learn more about the components of a loudspeaker, download our LoudSpeaker 101 Guide below.

If your speakers are going to be used outside, they had better be built to withstand the elements...
Read More

All of the active parts of a loudspeaker are held together by a part called the basket. Sometimes...
Read More