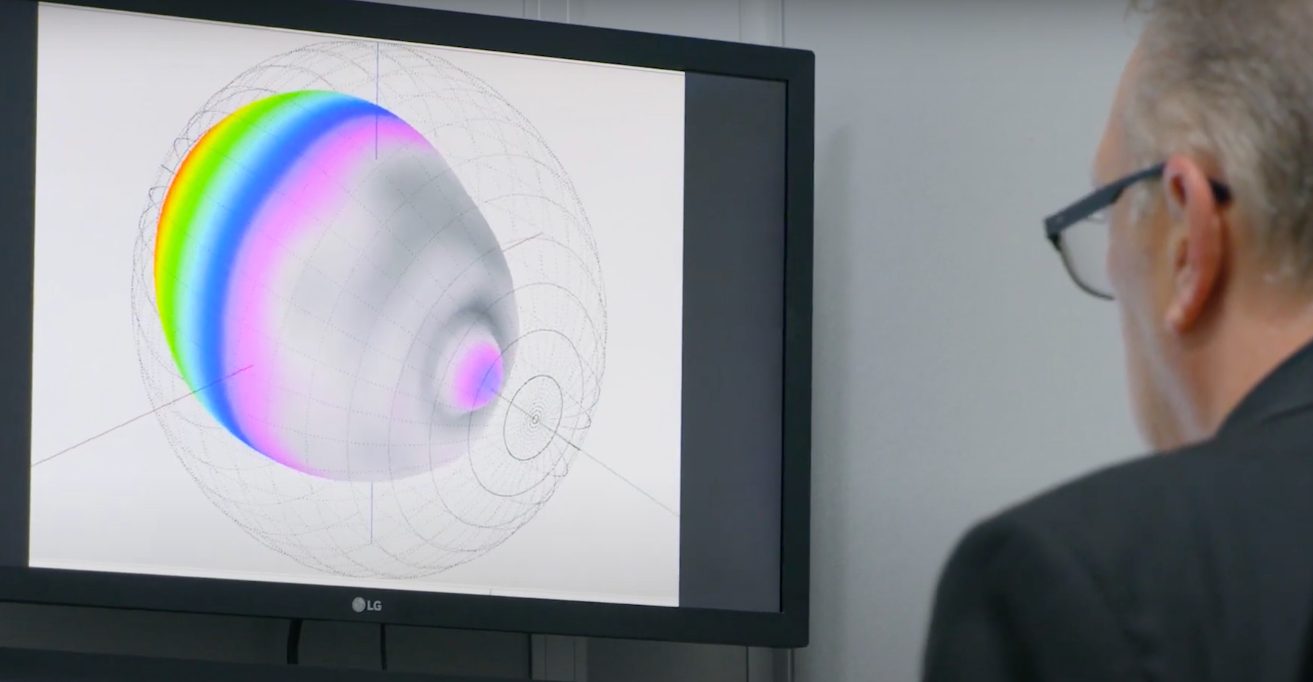 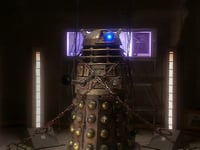 If you’re having a custom loudspeaker designed, you definitely want to limit this as much as possible (there is one prominent type of speaker that is an exception to this rule and is discussed at the bottom of this blog). Here is some advice on getting the sound quality you want in your custom speaker project.

In the speaker world, distortion is any variation of the audio from the intention. This can be from electronic distortions in amplifiers, the input source, and or the speaker itself.

Specifically, intermodulation distortion is the mixing of two (or more) signals which creates unintended sounds above and below the intended frequency. These are called sidebands and they appear at the sums and the differences of the frequencies that are mixing.

Two-way speakers, which have multiple drivers (i.e. a tweeter and a woofer), are especially susceptible to intermodulation distortion because they are typically receiving a much broader range of frequencies and there is a greater chance that they won’t play well together. Intermodulation distortion grows significantly worse as more power is fed into a speaker (because it moves more ), so it’s vital to limit it in systems that will be operating at higher volumes.

Intermodulation fits into a larger class of distortion called nonlinear distortion, which includes harmonic distortion. Harmonic distortion is related to a single tone and is thus a bit easier to diagnose with audio testing and solve with proper speaker design. It gets much more complicated when you’re dealing with multiple frequencies interacting with each other within the speaker. 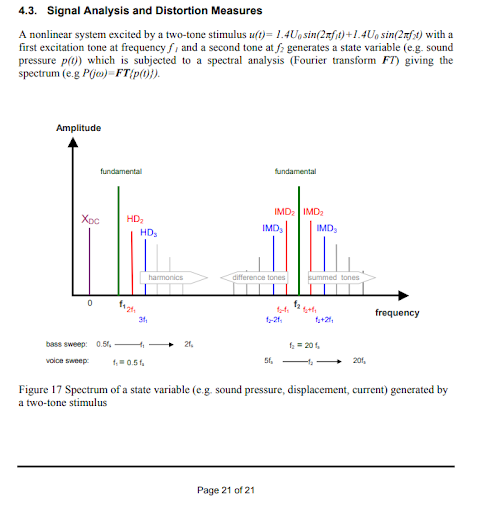 The chart above shows two fundamental frequencies, F1 and F2 (what is only supposed to be playing), and the resultant sidebands of the +/- frequencies.

Additionally there is harmonic distortion (HDs) present in the F1 which are also extra unintentional frequencies. These also get mixed with all the other frequencies and make more sidebands.

The sidebands also mix with each other causing even more intermodulation distortion (and more frequencies to mix). The absolute level tends to decrease as this process continues.

Identifying the causes of intermodulation distortion requires very technical audio testing. The world leader in speaker testing is a German company named Klippel. They have revolutionized the field over the past several decades. Klippel devices and software can now accomplish in hours what it used to take weeks to do in specially designed, anechoic (soundproof) chambers.

Pro tip: Access to Klippel testing will dramatically improve the iterative process of designing a custom speaker that will be integrated into another product.

With a Klippel analyzer you can now test, in a full-sphere, how multiple frequencies create intermodulation distortion in a speaker very quickly. Two signals (a higher voice tone and a lower bass tone) are fed into the speaker with the frequencies and amplitudes varied through multiple sweeps. In fact, you can identify the causes and symptoms of intermodulation distortion before you even make a prototype with Klippel simulations.

The causes and symptoms of nonlinear distortion, including intermodulation, are well known. Fixing them always requires compromises around cost, time, mass, and other production factors.

The Klippel software will identify when distortion is occurring and even break down the causes to tell you how much of it is coming from the speaker’s magnetics, its suspension, or its impedance.

This data is gold in the hands of a transducer engineer. Your speaker manufacturer should be able to work with you to identify design changes that will reduce the distortion to a level that is acceptable for your application while staying within your budget for each individual speaker.

All the testing that is done to diagnose and fix intermodulation distortion is only relevant if you can ensure each speaker that is produced, based on the prototype, is within the acceptable parameters. This is where end-of-the-line testing is critical.

A tool called SoundCheck created by Listen, Inc. can be used to confirm that each speaker coming off the assembly line matches the performance parameters required of it.

Pro Tip: Some speaker manufacturers rely on human listeners to assess each unit. This can increase the chance for quality control errors.

Not All Distortion is Evil

The laws of physics mean it’s impossible for a speaker to have absolutely zero distortion. Since you likely have limitations on the price, size, and/or weight of the speakers you need, you will have to make decisions around what is acceptable. Communicating your needs early in the process with your speaker manufacturer will help them deliver the best option to you sooner.

As promised, there is a notable type of speaker where certain kinds of distortion are actually a plus–guitar speakers. Distortion fuzzes up the signal and can give a guitar a unique tone or voice.

When a speaker doesn’t sound quite right, you may guess that it is experiencing distortion–and...
Read More