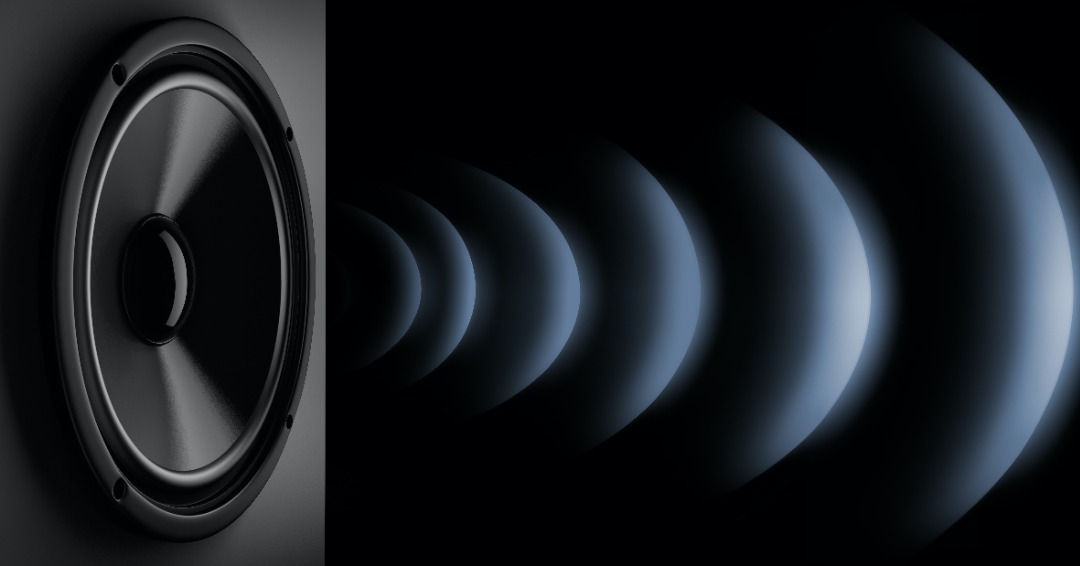 A speaker’s wattage is not exactly the same as how loud it gets. It’s related, but there’s more to it. Watts (shorted to W) is the measure of power put out by an amplifier. The level of volume (decibels or dB) pumped out by the speaker is also tied to its impedance and sensitivity. Impedance is a measure of how much a speaker resists the electrical current flowing into it. Impedance is measured in ohms. The lower the ohms, the more power a speaker can draw from an amp. Most speakers are typically either 8, 6, or 4 ohms.

Speakers come in a much larger variety of wattages. The speaker in a cell phone could be 3W, a home stereo system could be 15W to 30W, an outdoor loudspeaker 50W to 100W, and a giant stadium or arena will have speaker systems with tens of thousands of watts.

A Sensitivity to Wattage, Distance, and Decibels

We need to have a standard for measuring the loudness of a speaker so we can compare it to another one and decide which is right for a specific application. We do this by establishing the speaker’s sensitivity, which is built into it based on the materials and design choices made in the manufacturing process. A speaker’s sensitivity is a relationship between the wattage going into it and the volume coming out of it measured at a specific distance away from it.

For example, say a speaker kicks out 90 dB of sound at 1 meter away when 1W of power is fed into it. Decibels are measured on a logarithmic scale, which means doubling decibels does not equate to doubling the volume. Increasing the decibels by 10 dB is roughly equal to double the volume.

The amount of power into a speaker and the volume out of it are also not related by a linear relationship. You have to double the power to go up 3 dB. So, to get our speaker from 90 dB to 93 dB requires going from 1W to 2W with our amp. To double the volume (and go from 90 dB to 100 dB), we’d have to feed 10W into the speaker. That’s ten times the power level we started with.

Of course, you can “raise” the volume of a speaker by getting closer to it. Cutting the distance in half increases the sound level by 6 dB.

Most amplifiers are voltage-based. When you adjust the volume or gain on an amplifier, you are changing the voltage. Once connected to a speaker, the speaker draws current based on its ohms rating.

How much is too much power?

Feeding too much, or too little, power into a speaker can damage it. OEM speakers, like the ones we make at MISCO, come with a specification sheet that includes a power rating. Power ratings tell you the range for a speaker and are essential for creating an audio system that both sounds good and is reliable in the intended application - whether that be for ultrasound devices in medical settings or for professional sound systems in concert halls and arenas.

(watts = volts X amps). Sometimes it’s easier to think of electrical flow in terms of water through a hose. In a hose analogy, voltage is the water pressure, and amperage is the water volume.

There is a wide variation in power rating standards for loudspeakers. Different industry organizations have established different standards. Here are some common ones.

MISCO uses EIA-426B, one of the most widely-used power rating standards in the industry. However, power ratings are just part of the equation for a great audio system. To get exactly what you need, talk with your loudspeaker manufacturer about your specific requirements and intended application.

Have you ever blown a loudspeaker? If so, you’ve learned about loudspeaker power ratings the hard...
Read More

When it comes to speaker size – we’re talking about the transducers, not the enclosures – the...
Read More

When it comes to sound, a good woofer can give you the feels. Woofers produce the full bass tones...
Read More