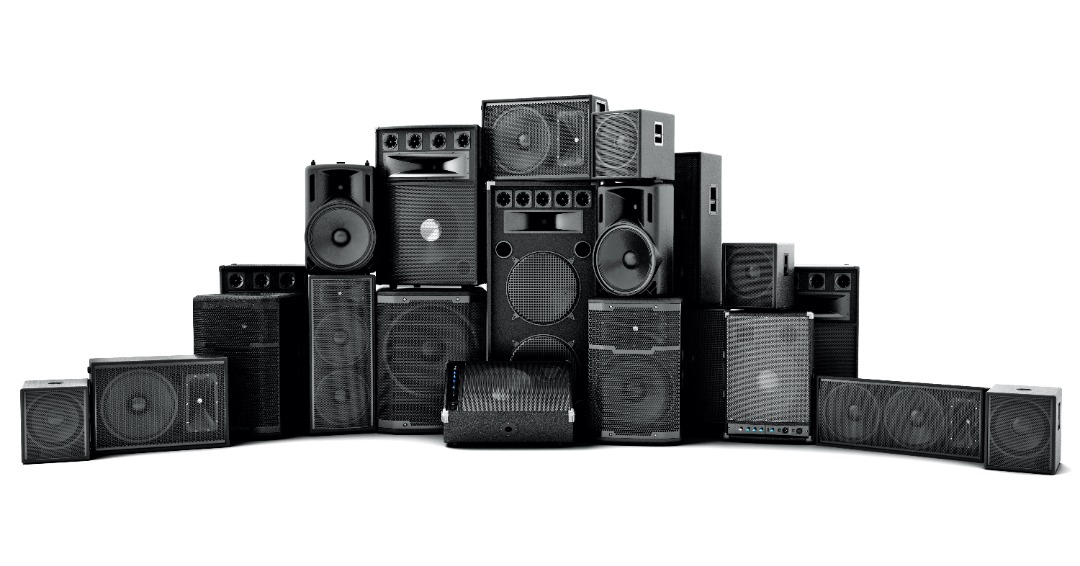 Where to Spend on Audio Solutions: Loudspeakers, Amps, or Wires?

Here are three truths to creating a sound system.

All three components (the speaker, amp, and wires) must be considered when designing a sound system or loudspeaker application. But where should you focus your attention (and spending) in order to get the best results? Here are some answers.

Audio distortion is the alteration of a soundwave from its intended shape. There are many different kinds but you can lump them into two categories: linear and nonlinear.

Linear distortion is a change in the amplitude or phase of the soundwave. It has to do with the frequency response. Nonlinear is when new frequencies are mixed into a signal. This is what most people think of when they think of audio distortion. Non-linear distortion can further be broken down into harmonic and intermodulation distortion.

Using high-tech tools you can measure the total harmonic distortion (THD) of a soundwave caused by a speaker or amplifier. In general, a speaker will create more distortion than an amplifier. A well-designed speaker made with quality parts could have a THD below 2%. People will start to notice the audio sounds bad when THD gets around 5%.

An amplifier, on the other hand, is simply boosting the amount of power feeding into a speaker. When you test the THD of an amplifier it could be well under .001%.

These numbers show you how important a speaker is relative to an amp when it comes to preventing distortion. It is just as important as making sure the speaker and amp are a good match for each other.

One sure way to cause distortion is to feed too much or too little power into a speaker. Since that’s the amp’s job, it better be designed to fit the parameters the speaker was designed for. This requires understanding impedance. Impedance is the amount of resistance (or the load) a speaker puts on an amp.

Speaker manufacturers give their speakers nominal impedance ratings in ohms. The lower the ohms, the more power a speaker can draw from an amp. The most common ratings for speakers are 4, 6, or 8 ohms - but you can find others too. In general, you’re better off connecting speakers to amps that have higher impedance ratings (i.e. an 8 ohms speaker to a 6 ohms amp) than the other way around.

If an amp can’t provide enough power to a speaker, you can get clipping. This is a specific distortion of a soundwave where the peaks and troughs get cut off. Clipping usually happens when a system is playing near its max volume. When a speaker isn’t getting enough power from the amp it can overheat, burning the voice coil. This can cause permanent damage. Tweeters, which handle higher frequency sounds, are especially susceptible to clipping.

Because a speaker’s impedance isn’t static (it changes at different frequencies) and is really a range rather than a fixed number, it’s smart to work with the same manufacturer for your speaker and amplifier. This helps ensure the speakers and amps will work well together because they were likely tested and rated using the same methodology.

Wires are a somewhat controversial topic in the audio industry because the prices can vary widely and there is not a lot of scientific research on what that extra money gets you. However, there are some simple things to think about when picking the right wires and cables - namely the thickness and the length. Both these attributes will impact the impedance of the entire system. The longer and thicker (lower gauge) the wires, the more resistance they will add.

The other consideration is ensuring each speaker in a sound system has roughly the same run of wire to it. You don’t want to feed a speaker on the right side of a room with a straight 10-foot wire and the speaker on the left side with a 100-foot wire that is mostly coiled up.

A complex audio challenge can often be solved in multiple ways. Since there are so many variables that go into a speaker (the materials, size, design, enclosure, etc.) starting with the speaker manufacturer makes a lot of sense. They will be able to help identify possible solutions and walk you through the tradeoffs of picking one path versus another.

When a speaker doesn’t sound quite right, you may guess that it is experiencing distortion–and...
Read More